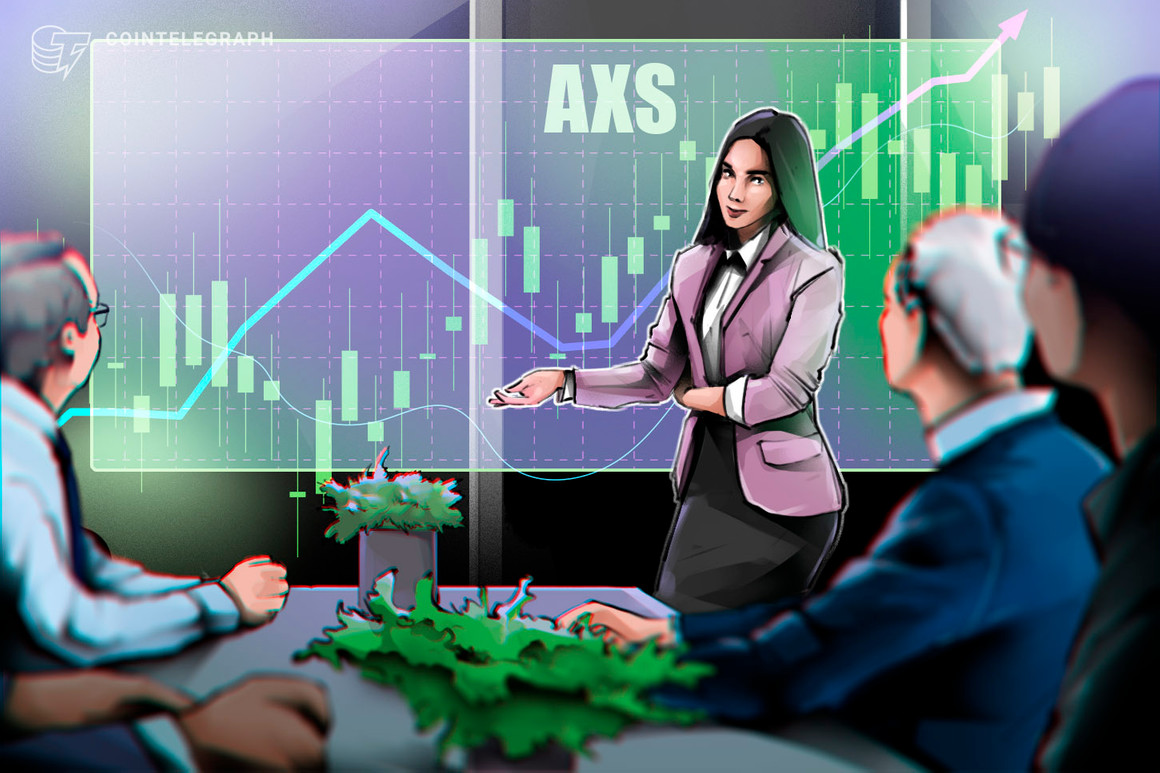 The price of Axie Infinity’s native token AXS more than doubled in just three days of trading amid speculation that it is going to revolutionalize the blockchain-enabled gaming industry forever.

Axie Infinity’s massive upside moves appeared due to its rising popularity as a play-to-earn gaming service. In detail, the Ethereum-enabled blockchain project is a Pokemon-like game wherein players adopt, breed, and trade digital pets—called Axies—in the form of non-fungible tokens.

Axie developer Sky Mavis called the game “a nation with a real economy,” which allows people to shape economic policies and practice local governance in a metaverse. The virtual environment has gained traction among netizens, insomuch that its total revenue closed towards $120M in July versus $1.92M at the beginning of this year.

Analysts at Delphi Digital forecasted that Axie’s revenue would reach approximately $153M by the end of July and $1.1B by the 2021’s close.

Axie developers focus on creating a play-to-earn model. In doing so, the project rewards players for the effort and time they put in both playing and growing the ecosystem. Every functional ecosystem needs tokens to transfer value. In Axie’s case, two assets fill that role: Axie Infinity Shards (AXS) and Smooth Love Potion (SLP).

Players earn SLP through Axie gameplay. They can later exchange the token for fiat, enabling a system where playing time turns into person-hour wage. Axie reported that many of its players were making $5 a day by playing Axie, but the income surged to $20 as of late.

play-to-earn is basically yield farming, only it’s prettier and it appeals to a larger base of people

that’s it, that’s the tea

Meanwhile, AXS operates as a settlement currency inside the Axie Infinity ecosystem, using trading fees, governance, and Axies’ buying and selling. As a result, its holders receive 95% of Axie Infinity’s total revenue, just like a government that receives tax revenues from its citizens.

Sky Mavis holds about 20% of the total AXS tokens.

The proposition has helped to push AXS demand higher even amid an ongoing sector-wide downtrend. Since its launch, the Axie Infinity token has raked in more than 18,000% profits for its investors.

The latest AXS rally also surfaced in the wake of a sector-wide rebound, led by Elon Musk’s revelation that his space technology firm SpaceX holds Bitcoin. He also committed that Tesla would resume the Bitcoin payment option for its electric vehicles once the flagship cryptocurrency would switch to green energy solutions for mining.

Bitcoin’s rebound from below $30,000 sent altcoins in a similar retracement trajectory, thereby benefiting AXS. However, the Axie Infinity token posted better short-term profits than its digital asset rivals, given the euphoria surrounding its gaming project.

Technically, AXS’s latest move uphill had it break above its parabolic resistance. The cryptocurrency now holds $24.07 as its interim support while eyeing a run-up towards its next potential upside targets at $36.48, $56.57, $76.65, and so on.

Additionally, VORTECS™ data from Cointelegraph Markets Pro detected a bullish outlook for AXS on June 23, before its recent price rise.

In detail, the VORTECS™ Score, exclusive to Cointelegraph, is an algorithmic comparison of historic and current market conditions derived from a combination of data points including market sentiment, trading volume, recent price movements and Twitter activity.

As seen in the chart above, the VORTECS™ Score for AXS first flipped green early on June 23, 0015 UTC, after which the AXS prices began to rise, reaching as high as 78, four hours before the price peaked at $32.14.

At the time of writing, the VORTECS™ Score for AXS has slid back down to 65, suggesting that the conditions are still favorable for more upside price potential.